The Male model, Dan, took 10 minutes to find. He's a guy I work with. I think he liked the idea of being a model, but was worried that his buddies would bust his balls if they found out...and modeling for a chess t-shirt company probably didn't help.

Whereas the Female model shows up with an entourage to do her hair and makeup, the Male model shows up after playing beach volleyball all day and decides to substitute beer for sunscreen. But what the Male model may lack in preparedness and dedication to his craft, he makes up for with the funny. You see, you've got to have a lot of funny if you are going to ask some dude to put on a chess t-shirt and take pictures.

With the Female model, I feel some pressure to make sure she realizes that Endgame is legit. With Dan, we just go out and shoot. However, there was a point where I came close to having a mutiny on my hands. It involved this picture: 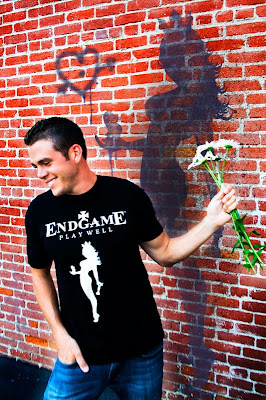 Both Dan and the photographer thought the concept was lame. But I had the vision in my head and in my head the shot worked. I thought it would be funny and playful. All in all, I think it turned out ok...especially when you consider that I had an unwilling model and photographer!

Here's another equation for you: 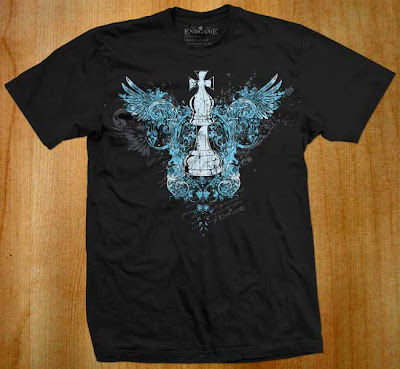 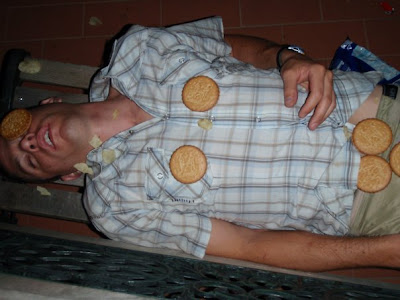 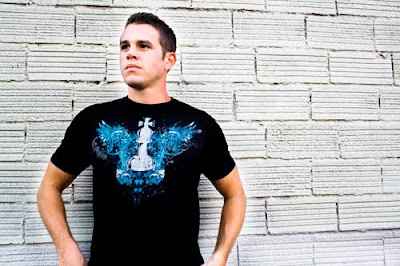 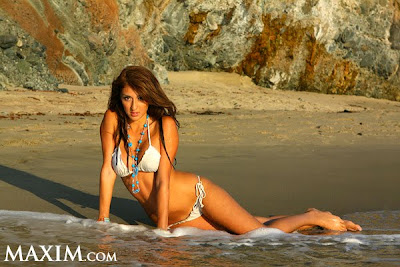 Endgame's favorite (and only) model is in the running for Maxim's 2010 Hometown Hotties. Be sure to visit HERE every day to vote.

Support the people who support chess!!!
Posted by X at 8:51 PM No comments: