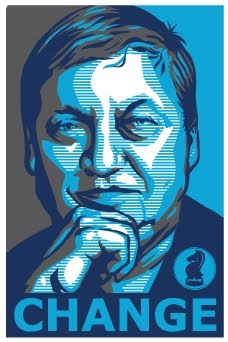 Posted by John aka Endgame Clothing at 9:28 PM 3 comments:

One of the good (and bad) things about the Internet is that people are always talking about you without your knowledge. I just came across this posting. It is from a t-shirt site called "Hide Your Arms."

I always love to see non-chess people appreciate the shirts.

Check it out real quick...HERE.
Posted by John aka Endgame Clothing at 8:41 AM No comments: 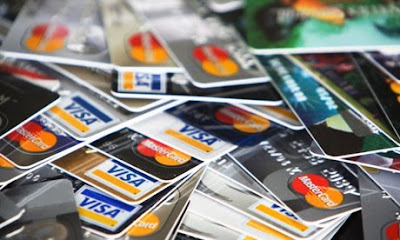 Unfortunately, Endgame Clothing has become one of the countless victims of credit card fraud. According to the U.S. government, credit card fraud costs consumers several billions of dollars each year. In our case, two different females ordered several of our girls' chess t-shirts in December of last year and had them shipped to the same business address in Miami, Florida. These two orders were identified as fraudulent in February of this year and the corresponding funds were removed from the Endgame bank accounts. There is no real closure to this...we are out the money and the shirts and the girls are still at large.

Now is it just me? Or does the idea of two Miami girls, buying chess t-shirts with a stolen credit card, sound kind of hot?

The account you read above contains the straight facts. But based on some follow-up investigations, this is what probably happened:

These two girls worked in the same office building for the same company. Suffocating in jobs they were told they should be grateful to have, they happened upon their boss's credit card one day. Never being particularly impressed with his intellect or character, they decided to take some liberties. Knowing that they would surely be fired upon the discovery of their transactions, they viewed these next purchases as the starting point from which the rest of their lives would blossom. In deciding where to perpetrate the crime, they both blurted at the same time, "Endgame!" Jinx...now they were both in this together. It can be dangerous when two girls like this get together. If Bonnie's twin sister had not died at birth, the world would never have had a need for Clyde.

The next few days were the difficult ones. These were the days when the girls could almost taste their new lives, but were forced to wait for the shipment to be delivered from the Endgame Clothing headquarters in Orange County, California. They remained patient with the satisfaction of knowing that when those shirts were delivered, they would also be delivered new lives.

When the shirts did arrive, they exceeded even their greatest expectations...never before had they seen chess shirts of such amazing quality and design. The second the shirts touched their skin, they knew there was no way they could ever go back. Running down the hallway to their boss's office, they were reminded of the prime years spent sleepwalking day after day through that office building.

Bursting open the door to their boss's office, they saw it in the corner. Just like the exotic sports car he polishes but never drives, like the vintage wines he brags about but never drinks, his antique chess set with 1,500 years of tradition and history just sat in the corner of his office and was never played. The asshole didn't even know how to play. So for the girls' final moments in that office...breathing recirculated air under stale fluorescent lights, they played some blitz. They played hard and pounded the shit out of that board. Some pieces were bent, some were broken, and one of the girls swore she saw a knight smile as they walked out the door.

Famished and exhilarated, they stopped at a raw bar for lunch. Feasting on oysters and beer, they planned the rest of their lives. Lives of adventure; lives of freedom; lives of love. Especially love. Love was the twisted conspiracy that Fischer could never uncover and the eternal equation that Alekhine could never solve. The dreams became as intoxicating as the brew. And when the dreams translated into giggly screams, they were asked to lower their voices. They responded by standing on their table and laughing. Laughing at the quiet people. Laughing at the serious people. Laughing at the one hour lunch-break people.

It is unclear if they paid for their meal, but the restaurant owner was satisfied to see them leave. As they sped away, they saw a teenage boy standing alone at a bus stop holding a trophy. Winning his high school chess championship with no celebration and no ride home, he jumped into the car. On his way home, the girls stole his virginity, but left him with a memory that he would fondly recall on his deathbed 64 years later.

As the sun began to set, the girls knew they were at the beginning of something special. There were a few victims along the way, but all was a sacrifice for the greater good. Smelling of sweat and excitement, they ran into the night to start their new lives.

Their names are Ashlee and Vanessa. So if you see two girls walking around Miami in Endgame shirts, tell them to drop me a postcard. And maybe some pictures.
Posted by John aka Endgame Clothing at 8:00 AM 8 comments: